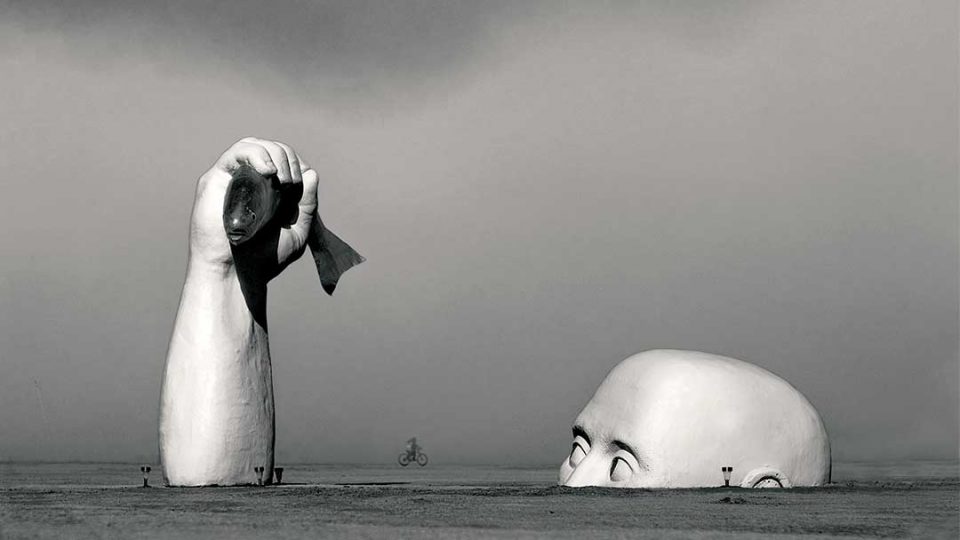 On a narrow sand spit in northern California, a Norwegian company plans to build a massive fish farm that would be the largest of its kind on the West Coast.

Located near the city of Eureka, the 30-acre farm proposed in February 2019 could ultimately produce 27,500 tons of fish per year—and would do so entirely on land and indoors. It’s the second such facility the company, Nordic Aquafarms, has proposed in the U.S. in less than two years—with an even larger indoor farm under way in Belfast, Maine, where they ultimately hope to produce 33,000 tons of fish per year.

The company is riding a wave of demand for farmed fish as aquaculture becomes the fastest-growing food sector in the world. It has also emerged as a leader among larger-scale fish farms heading indoors and inland—and even potentially to arid regions of the world. The industry hopes to confront head-on the environmental ills of outdoor aquaculture by designing sustainable closed-loop systems that can also turn a profit.

The industry hopes to confront head-on the environmental ills of outdoor aquaculture by designing closed-loop systems that can also turn a profit.

Traditional aquaculture operations, such as inland flow-through ponds and marine net pens, can pose serious environmental problems. Water from these farms flows freely into the environment, potentially carrying harmful nutrients, parasites, and pathogens that threaten wild fish populations and surrounding ecosystems. Salmon farmed in net pens along the coast of British Columbia and elsewhere around the world, for example, have infected wild salmon populations with parasitic sea lice. Inland flow-through systems also consume copious amounts of water, since they require a continuous influx of flowing water to operate.

Nordic and others have embraced a technology called Recirculating Aquaculture Systems (RAS) to diminish these problems by recycling water within a closed loop and thus significantly reducing a farm’s contact with the environment. With the familiar sounds of pumps humming and water bubbling vigorously through filters, RAS functions similarly to a home aquarium: water perpetually loops through a series of filters and treatments before recirculating back through a tank. A biofilter breaks down fish urine with the help of ammonia-consuming bacteria, and physical filters remove fecal material and leftover food. That solid waste gets disposed of elsewhere and can be repurposed as products (such as agricultural fertilizer) or for biofuel production. A small amount of wastewater exits the system into the environment through tank overflow and filter cleaning—but this water is largely free of contaminants, since it has been so heavily treated, says Michael Timmons, an environmental engineer at Cornell University who studies aquaculture technology and offers a course on RAS.

RAS has existed within small-scale farms for decades, but more efficient engineering designs and heightened demand for farmed fish have elevated it to its current rising popularity. With the capacity to recycle more than 90 percent of the water within a tank, RAS technology offers an appealing alternative to flow-through systems because it consumes significantly less water, says Timmons. “A recirculating farm will use about one-five-thousandth of the volume of water required for a conventional production system,” says Timmons—noting that this makes RAS an especially viable option in drier regions of the world. 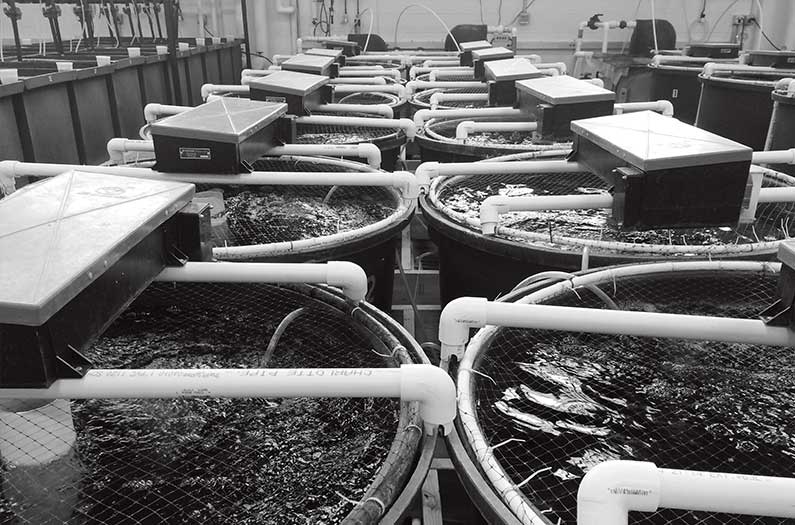 Recirculating aquaculture systems at the Virginia Tech Department of Food Science and Technology/CC.

A recirculating farm will use about one-five-thousandth of the volume of water required for a conventional production system.

On the prairie near Winnipeg, Canada, for example, biotechnology company Myera Group has launched a small-scale RAS facility that takes advantage of briny aquifer water unsuitable for drinking but ideal for growing saltwater fish, says Shirley Thompson of the University of Manitoba in Winnipeg. She studies sustainable food systems and points out that farms can also use the wastewater from these systems to irrigate and fertilize crops—adding to its viability in dry regions of the world.

With all of its potential benefits, RAS has started to replace outdoor ponds in China—the world’s largest producer of farmed fish—and has increasingly spread elsewhere around the world. The largest farm of its kind in East Africa opened in Kenya in 2015. Located in the city of Machakos, about 40 miles from Nairobi, Kamuthanga Fish Farm produces tilapia; it recently became the first aquaculture farm in Africa to receive the EcoMark Africa label—a certificate that recognizes sustainably produced products.

Still, some hurdles—including energy consumption and sourcing fish feed—do limit the long-term sustainability of RAS farms as they scale up. Compared to flow-through systems and net pens, RAS farms consume roughly two to six more kilowatt-hours of energy per kilogram of fish produced, according to Timmons. Most of this additional energy goes into powering pumps that keep water cycling, he says, and renewable energy such as solar panels can help offset these energy needs. But this still remains a stumbling block for larger-scale RAS.

Sustainably sourcing feed to support these farms also poses challenges, especially as they scale up. Researchers are working to pinpoint the nutrient and energy requirements of fish in order to find ways to meet those needs with plant-based material such as soy rather than with fishmeal. These efforts can improve the efficiency and sustainability of these feeds, Timmons says.

RAS technology also carries its own operational risks. If biofilters malfunction, for example, waste can quickly build up in recirculating water and harm fish, says Ingrid Bakke, a biotechnology researcher at the Norwegian University of Science and Technology who studies bacterial activity in aquaculture systems. “If they fail, it’s a big problem because ammonia is really toxic to fish,” she says. Tank-monitoring technologies can help companies track malfunctions and catch problems before they escalate, but these systems are expensive and still remain susceptible to human error.

Even given some of the challenges associated with RAS, the Monterey Bay Aquarium Seafood Watch has given it the highest ranking for sustainable seafood. Timmons believes that when farmers integrate these systems with crop production, their sustainability becomes unbeatable.

In the face of faltering food security for a human population estimated to swell beyond 9 billion people by 2050, farmed fish may offer one of the most reliable and efficient sources of nutrition, says Timmons. In part, that’s because fish have a slower metabolism than warm-blooded animals and can produce the same amount of meat with a fraction of the feed required to raise poultry and cattle. “If you want to eat animal protein, the most efficient animal is the fish,” he says.

Laura Poppick is a freelance journalist based in Portland, Maine. She covers science, technology, and the environment. 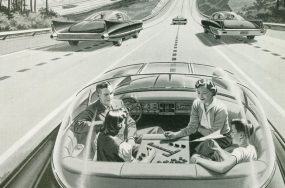 And no traffic lights. And no parking lots. It isn’t hard to do. 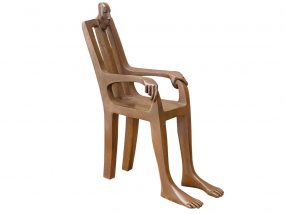 A Symbol for The Anthropocene

A Symbol for The Anthropocene 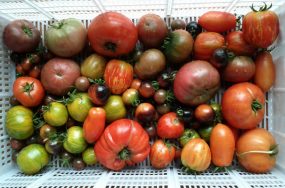 Researchers dig into the efficacy of urban agriculture